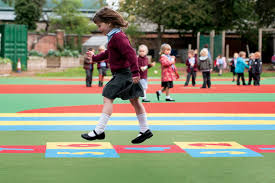 LAHORE: Sports are said to be an important aspect to increase the character building and developing the personalities of children specially when they are facing hectic academic schedule. But despite charging heavy fees and other charges from parents, number of small and large private schools in Punjab lacks playgrounds, which affects students’ physical and mental fitness.

Several private schools in the provincial capital lacking proper playgrounds and other sports facilities which are said to be the key element in raising learning capabilities of students.

Private schools industry in Punjab has now grown in almost every city, district and even in small towns at a very fast rate especially in the last couple of decades. Due to low quality and standard of education in state sponsored schools of Punjab people now trusts on private sector schools. The reason is that people expected from private schools high quality education but many of them have lived up to the desired expectations. 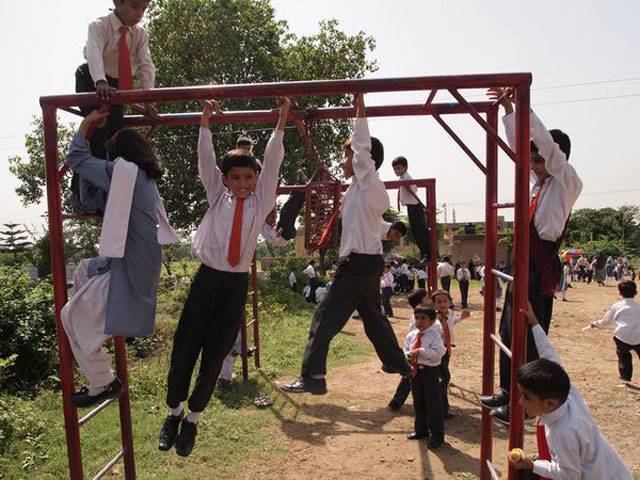 The condition of public schools is somewhat better than private schools as their campuses are built on a vast piece of land unlike private schools operating in small buildings or even houses.

According to visit by this scribe to the several private schools located in the areas where middle and lower middle class is residing, there are hundreds of private  schools has been established in the houses ranging from 3 to 10 marla homes. These schools which barely provide class rooms for all classes do not provide playgrounds and other sports facilities to their students even after charging handsome amount of fee. These schools were charging fee ranging Rs 1000 to Rs 3000 per month from the parents of students who belonged to middle and lower middle class and hardly bear the fee charges.

However, according to the Amendment of Punjab Private Educational Institution (Promotion and Regulation) Ordinance, 1984 of Education Department Government of Punjab section 12-A, subsection iii, all private schools must have a playground of the size of a hockey / football or a cricket ground before getting registered.

On the other side, elite schools located in elite residential areas like Johar Town, Gulberg, Model Town, Defense, Wapda Town and many others who charge heavy fee ranging from Rs 4000 to Rs 10000 per month provide some sports facilities and playgrounds.

The students, their parents also wanted to avail all these facilities but they complaint about the increasing tuition fee in the schools providing the playgrounds and sports activities.

Talking to this scribe the student of class 5, Amir said that he and his friends always wanted to play cricket and other sports in the recess timings but they couldn’t because of there is no playground available in his school. When I returned from school I went to tuition center, after returning home in the evening I spend time in completing home work of school and tuition as well so I could not play any game, he said while replying to a query regarding playing in the evening. Amir observed that he had only time in his school’s recess where he can play.

Father of three, Rizwan whose two children are studying in a school without playground said that he is not able to afford the high fees of elite schools but he also wanted his children to play games including cricket, football. As the school do not have any facility where my children can play games, I demand government, authorities and education department to do not allow schools to work until they provide playgrounds against charging nominal fee, he said. Rizwan added that this is the severe negligence of education department as how can number of schools are being allowed to work against the Ordinance which was implemented in 1984.

The school owners and administration have their own problems and claimed that they charge very nominal fee from students which hardly bear the expenses.

A school owner, on condition of anonymity told that schools have their own expenses as rent of the building, electricity and other utility bills, salaries of employees including teachers and other administrative staff are so much high that he hardly fulfill expense of schools through fee of students. He said that every school owner wanted that his school must provide quality education with all best facilities and no matter playgrounds and sports facilities are necessary for capacity building and physical training of students, but several hurdles couldn’t allow them to provide these faculties.